KING OF THE CASTLE

THE J TEAM Japan-Specialist DMC has just been appointed one of a highly select group of official coordinators for events at NIJO CASTLE, a UNESCO World Heritage Site in central Kyoto which is already the third most popular sightseeing location for foreign visitors to the city, and now instantly becomes the city’s premier venue for Gala Dinners, Unique Events, and CSR.

The site’s owners state, ”Nijo Castle is not only a property of Japan, but a cultural asset shared by the whole humanity”. Construction began in 1602 at the behest of one of Japan’s most powerful leaders ever, Tokugawa Ieyasu. The castle was placed firmly in the line of sight of the Imperial Palace to remind the then emperor of the power shift taking place in the country at the time. It was then used by successive shogun military leaders for 400 years until the shogun rule of Japan ended in 1868. Now, those buildings and gardens are ready to take on a new role as the leading business events venue in Japan.

As promised to City of Kyoto; in acting as Coordinator for MICE events at Nijo Castle, THE J TEAM DMC will honour the legacy of Tokugawa Ieyasu and his closely trusted advisor William Adams of England. THE J TEAM DMC will continue to use its unique position and international staff (two Brits, a French martial artist, the daughter of a Kyoto kimono maker, and five from varied and various cities and regions of Japan) to act like Adams and Tokugawa by living and working as Japanese and global citizens to create and deliver MICE events like no other.

The selection of THE J TEAM as the only specialist inbound company amongst the official coordinators represents not only recognition of The Team’s record in producing ever more-memorable unique events for international MICE over the past 10 years, but also evidence of the regard in which the company is held amongst Japanese MICE suppliers, and the desire of Kyoto City to see this most exciting addition to Japan’s venue portfolio host international events in the near future. 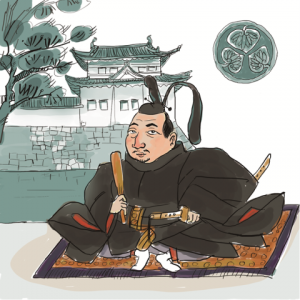