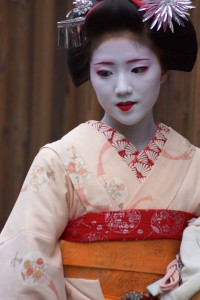 If you are to choose only one place to visit in all of Japan, Kyoto should be it. Not only is it one of the most historically significant cities, but it is also one of the few towns which was spared from bombing during World War II.  As such, this former capital city of 1.4 million has a stunning array of temples and shrines, including Kinkakuji, the Golden Pavilion, and Kiyomizu Temple. 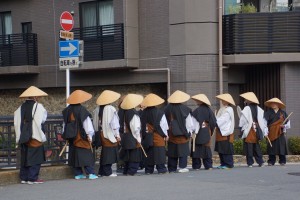 Geisha (traditional party companion clad in Kimono, a traditional costume) and Buddhist Monks are probably what visitors to Japan have in their mind upon hearing the word “Japan”. Meeting with those can become a high light of your trip to Japan and Kyoto is obviously the place where this life time dream can become true with greatest possibility. 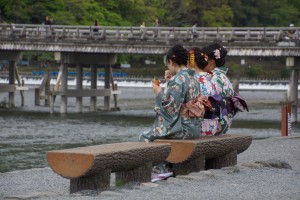 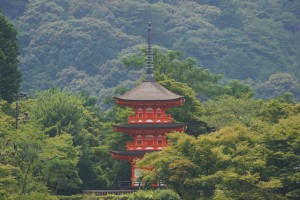 Here are some of our recommended Kyoto experiences

Sitting silently in front of  a Zen garden. As well as Ryoanji temple, Kyoto boasts numerous Buddhist temples with quiet Zen gardens mostly with raked sand, rocks and some moss or plants. Just sitting in front of such a garden for a while will let you leave your busy days behind.

Evening leisurely stroll through Pontocho. Pontocho is a narrow alley lined with many small  and comfortable restaurants serving local foods and bars. The alley runs in parallel to Kamo river and some restaurants offer seats overlooking the river.

Strolling through South East part of Kyoto.  South East part of the city called “Higashiyama” is where you can find temples, shrines, gardens, traditional shops, old neighborhoods, and picturesque small lanes. “Old Japan” which most of visitors can picture in their minds can be found in no other places in Japan but here

Exploring Gion, a geisha’s quarter. This Kyoto’s traditional pleasure quarter will fascinate you with lots of wooden architecture with slats and sights of heavily made-up geisha hurrying her way to her appointment.