With a population of just over 1.0 million, Hiroshima city is one of the principal cities in Western Japan. With modern buildings, the manufacture of  cars and ships, Hiroshima is a vibrant city with a steady flow of Japanese business executives coming in and going out.

What makes Hiroshima different from other cities of Japan is that the city is one of the two towns in Japan (and in the world) which was destroyed down by an atomic bomb.

It happened on one summer day with a clear blue sky, August 6, 1945 at 8:15 am, when three B-29s approached Hiroshima and one of them dropped the bomb and  then went off at full speed. The bomb exploded 43 seconds later at an altitude of 1,900 feet in a huge fire ball, followed by a massive mushroom cloud of smoke. The heat of the blast was so intense that explosions and fire broke out all over the city and about 200,000 people lost their lives.

Today, an annual ceremony to repose the souls of the departed is held on August 6th every year at the Peace Memorial Park , attended by many important people including Japanese Prime Minister, American ambassador to Japan, etc.

Ironically the places related to this tragedy are the main tourist draw and people from all over the world visit Peace Memorial Park and the Museum displaying facts and figures of atomic bombs explained with every angles with the objective of abolishing the bombs.

Easily reached in about a hour’s train and ferry ride, Miyajima island. located only 1.5 miles off the mainland, is one of the three places considered most scenic. Miyajima is only 12 square miles covered mostly with steep wooded hills and famous for a large red torii (shrine gate) standing in the sea. 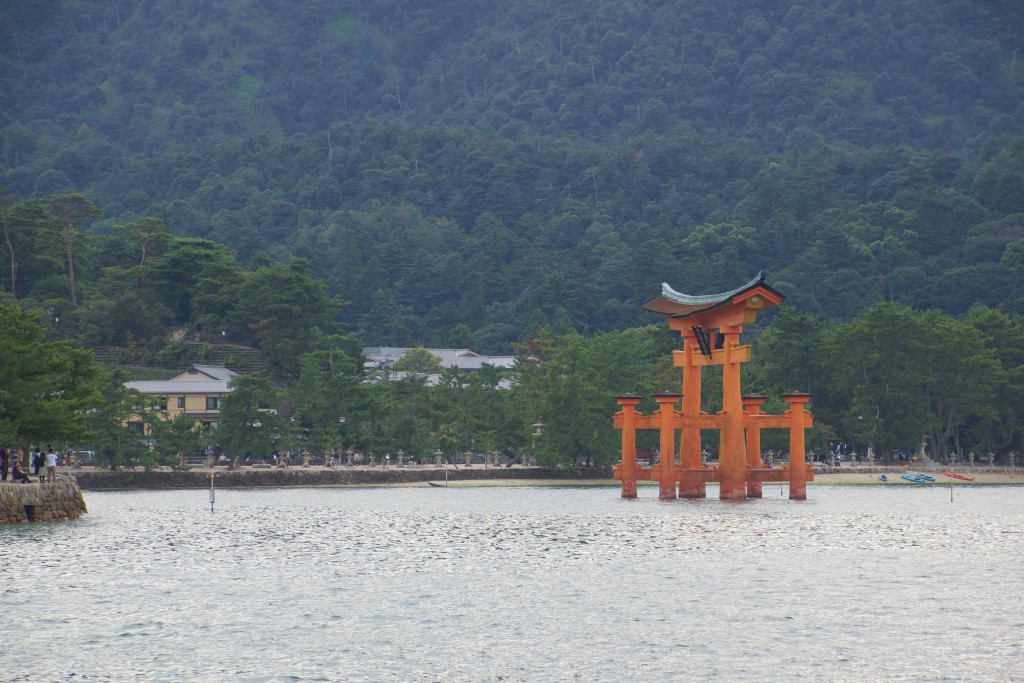