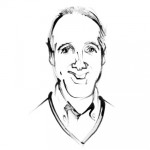 A legal alien of the ‘Welshman in Tokyo’ variety, ‘Mister G’ is a 25-year resident of Japan whose relationship with the country dates back to Cambridge University in the early 80s. His formative working years in Kuoni in the 80s explain his insistence on quality and seriously dated taste in music. 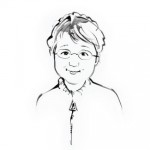 Bean Counter par excellence, Yoko’s dedication is as boundless as the deserts she visits once a year to practice counting stars. When she’s not under canvas, Yoko is an avid feline-fan, whose cats have included the aptly-named pair of Debit (a pleasing black which, being domestic, displays an unfortunate lack of interest) and Credit (a frankly scary red). 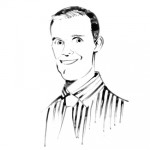 James is well known to the global industry having spent a decade raising the presence of Japan in the MICE world and he brings a new dimension not only to the Team’s capacity to serve our clients, but also to our trademark quest for the peak of professionalism. His alter ego Mr Tea embodies his philosophy on life: He knows only one truth – to achieve perfection one must put heart and soul into making each and every cup of tea. His work is an extension of his tea making. 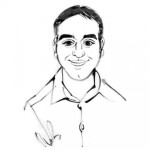 A French national born in Geneva, Loic brought his jeunesse, trilingual (French-English-Japanese) talents & academic and working experience of Travel to The J Team in 2012.  During 18 months in Kyoto, Loic’s Gallic charm & innate creativity quickly gained fame across Kansai, so, now based in Tokyo, it’s no surprise that he, his black belt in Aikido, & all the powerful ‘ki’ that goes with it are quickly burning an impression on Eastern Japan, raising energy levels in 24/7 Tokyo still higher, & adding a 2nd-dan of security to each event he works on! 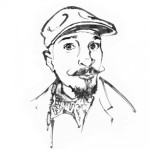 To many he is the voice of Kyoto. To a growing fan base he is the voice of The J Team. Want to know more? Dial our number and this DJ might be the voice in your ear. Percussionist, artist, photographer, native Californian, and possessor of a slick sense of style; his handlebar ‘stache has quickly become the official Team mascot. Paul is the man with an eye for the detail that adds the touch of pizzazz that takes your event to the next level. Let him mix your needs, ideas, and Japan dreams on his turntable for a perfectly blended event. 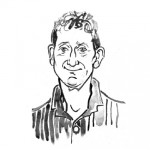 Our very own ‘Eastender’ from downtown London, Marc joined the Team with 30 years of experience in the global travel industry.  And, in spite of his extensive travels, and his current residence in the mighty metropolis of Tokyo, Marc is most at home on quieter Kyushu, Japan’s southern island, which he first visited 25 years ago, then called home for 8 years more recently.  Delighting in the quirkiness that makes Japan so wonderfully fun and unique to visitors, Marc has many a Japanese tale to tell.  So, join him for Green Tea and Taiyaki and you may even hear the legends of his youth as a ‘soccer – rocker’! 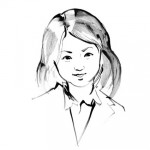 Tokyo, through and through, our resident ‘Edo-ko’ Nozomi has lived her life in the shadow of the City’s latest and physically greatest icon, just completed 634m Sky Tree (est.May 2012). Little goes on in this town of 20 million that Nozomi doesn’t know of.

An honorary Brummie after four developmental years in Birmingham, Mai originally hails from Fukuoka, capital of the southern island of Kyushu, and a city nominated as one of the world’s 10 most dynamic by Newsweek as recently as 2006. Dynamic is Mai’s middle name. 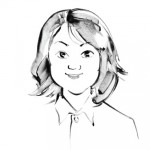 A fully qualified guide & interpreter, Akiko spent one of her formative years on the other side of the world in Argentina.  After gaining more than 4 years’ experience as a coordinator in our Tokyo Head Office, Akiko relocated to Kyoto, and is now gaining a local’s knowledge of Western Japan, and applying her unique insider’s perspective of both Tokyo & Kyoto to the events she co-ordinates.  At the same time, she has added her personal flame of Latin-American passion and the occasional Tango to our Kansai Team. Arriba, Akiko! 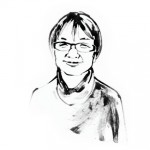 Born and bred Kyoto, the city, its culture and its charm are in Toyoko’s blood. As many a business partner will concur, there are very few people in Kyoto that Toyoko cannot summon at a moment’s notice to add value to your experience in Japan.

And The Rest Of The Team

Our Team includes a host of others, porters and drivers, geishas and guides, spread across Japan, all vital to the success of what we do, and all sharing a common desire to be the best at what we are.